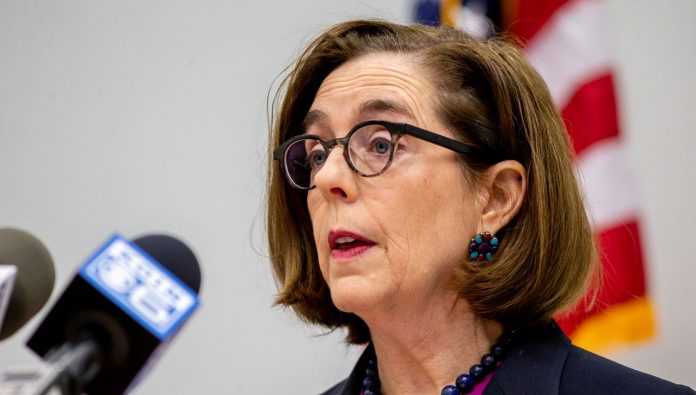 Oregon instituted its “Stay Home, Save Lives” initiative to try and slow the spread of COVID-29, even though countries demonstrated a poor link between contact tracing and the salon service industry. The government didn’t have the authority to close private businesses if they couldn’t prove that businesses can operate safely and adhere to health requirements.

Graham was first harassed back in May when the Oregon Occupational Safety and Health threatened her with a $70,000 fine, to revoke her individual and facility licenses, and to penalize her on a potentially criminal level. They ended up hitting her with a $14,000 fine.

The Department of Human Services Child Welfare Vision then targeted Graham and her family with an alleged complaint that was based on hearsay and rumors. The claims were found unsubstantiated by DHS officials and the case was closed. She called it one of the most violent, aggressive, and vindictive things that could have ever been done to her or her family.

“I want to stress, however, that not following Gov. Brown’s Stay Home, Save Lives executive order or not following physical distancing guidelines would never be a reason to assign a [Child Protective Services] assessment,” said Sunny Petit, a spokeswoman for DHS.

While a spokesperson for the governor declined to comment, another part of the lawsuit points out that the Individual Defendants could have stopped the persecution of Graham at any time. Gov. Kate Brown had publicly called Graham and Glamour’s reopening ‘unfortunate’ and ‘irresponsible’ when refusing to bow down to authority. She used fear tactics, fines, and a visit from child welfare workers to try and keep her from reopening Glamour Salon.

“She terrorized myself, she terrorized my stylists, and she terrorized my family. She took every government agency she could, and she put her full weight into intimidating me into closing, including sending Child Protective Services to my home and threatening the removal of my children. [They] opened a full-blown case against me which was completely bogus and unwarranted, and it didn’t come until I shot back at them with a threat of the lawsuit,” Graham told Fox News’ “The Ingraham Angle.”

The lawsuit, filed by Lindsey Graham, alleges that shutting down small businesses caused greater negative health this year, including increased stress, anxiety, and depression. The shutdowns have been random and illogical, without scientific evidence, and are another power grab by the radical left.

This only happens in a Democrat’s America.